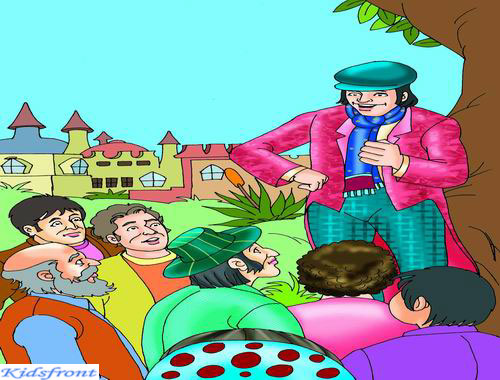 Once there was a trader who was often out on business trips. When he grew old, his son started handling the business but he was very boastful by nature.

When he went on his first business tour, he was thrilled to see many new things. Returning home he felt impatient to tell about his experiences to his mates. When they all gathered around him, he told them many surprising things among which, he boasted of an exploit of his own.

He said, "Friends! When I was in Canada, I participated in boxing competition and none could beat me. I was praised by all and became the talk of the town. If you donât believe me, better go to Canada and enquire."

Suddenly, one of his friends said, "Why go to Canada, you show your feat here itself." The trader had no words to reply and got trapped in his own words.

Learn To Grasp The Nettles, If You Want Berries

Learn To Live With Your Weaknesses